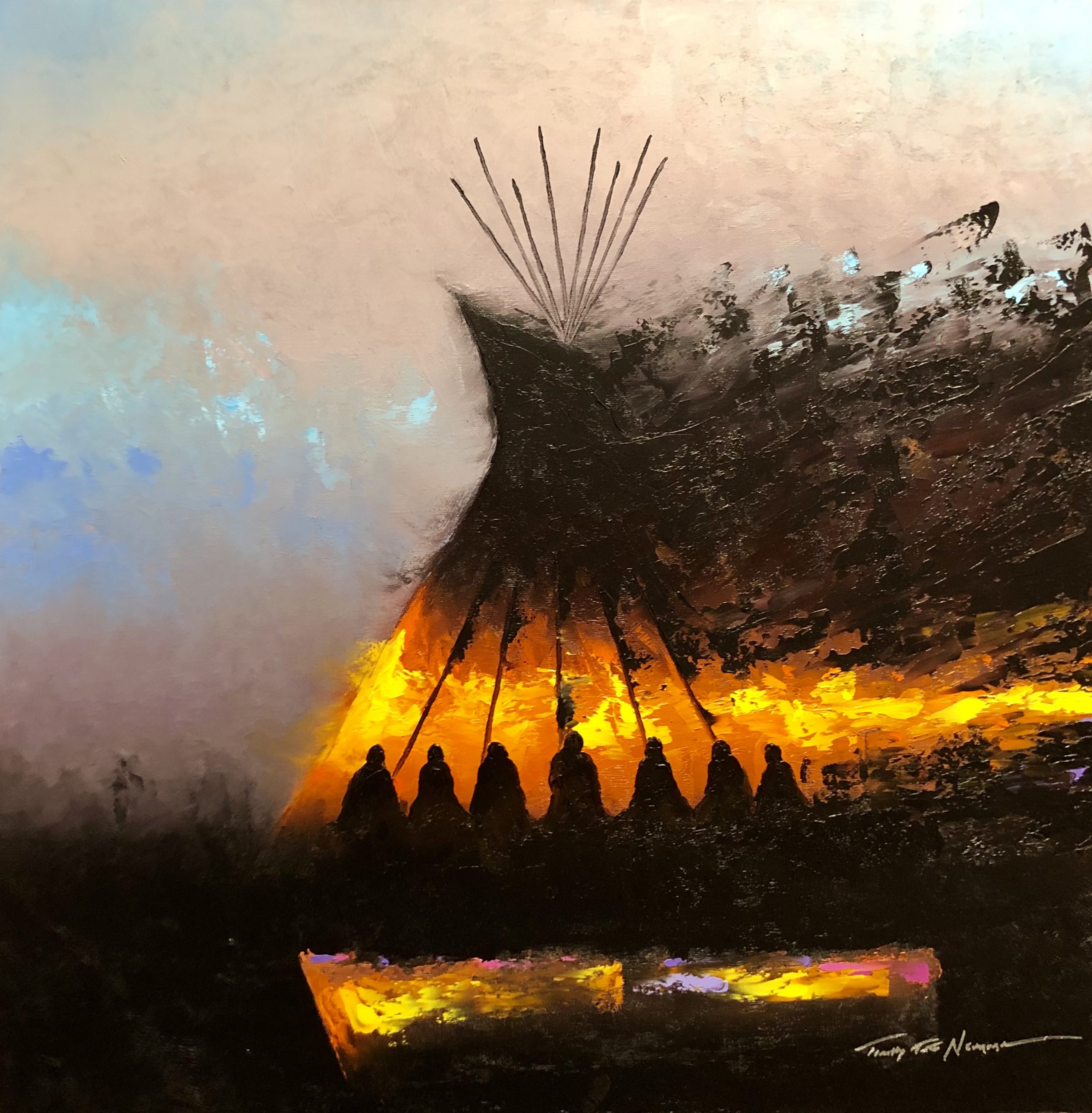 Embers of a Dream | by Featured Artist Timothy Tate Nevaquaya

Timothy Tate Nevaquaya is an award-winning and Emmy nominated Comanche and Chickasaw/Choctaw artist. He is a master artist and flute musician who was trained by his father, Doc Tate Nevaquaya.

Timothy’s art career began at the foot of his father’s drafting table as a child. As a youth, he witnessed some of the greatest Southern Plains and other Native American artists from his father’s contemporary circle of friends and colleagues.

In 2007, after working tirelessly on an Apache Mountain spirit piece at his home studio, Nevaquaya accidentally smudged the paints on his canvas. This mistake is when he saw a different and abstract appearance in his work, which he now calls a “happy accident.”

The accident began the journey with Nevaquaya’s latest style, his personal expression of movement and form in contemporary Native American art.

The “Embers of a Dream” exhibit will be on display in the Garis Gallery until Mar. 1.

The event is finished.