Join us at the Heritage Center to experience the Chisholm Trail, a one thousand mile adventure. While here, you will practice roping a steer, feel the adrenaline rush of a stampede, and meet fascinating characters.

Timothy Tate Nevaquaya is an award-winning and Emmy nominated Comanche and Chickasaw/Choctaw artist. He is a master artist and flute musician who was trained by his father, Doc Tate Nevaquaya.   Timothy’s art career began at the foot of his father’s drafting table as...

END_OF_DOCUMENT_TOKEN_TO_BE_REPLACED

Skip will join us at the Heritage Center as a featured artist from April 1 - June 30. Born August 1, 1943, Skip attended High School in Atoka, Oklahoma. After graduation, he obtained a degree in Commercial Art and immediately went to work for a major advertising firm...

END_OF_DOCUMENT_TOKEN_TO_BE_REPLACED

Join us October 1 - December 31, 2021, for a special Exhibit by Apache/Kiowa artist Jackie "Blackhorse" Tointigh. An award-winning artist with works in museums, galleries, and private collections throughout the United States and in several other countries. His work...

END_OF_DOCUMENT_TOKEN_TO_BE_REPLACED

“On the Chisholm Trail” Bronze

Thomas H. McCasland Jr., Oklahoma oilman, entrepreneur, philanthropist, and family man, wanted to boost the community of Duncan, and honor the memory of his father and the pioneers of Stephens County.

Tom chose Paul Moore, resident sculptor at the University of Oklahoma (OU) in Norman, to create the larger-than-life monument, “On the Chisholm Trail” that now stands in front of the Heritage Center. 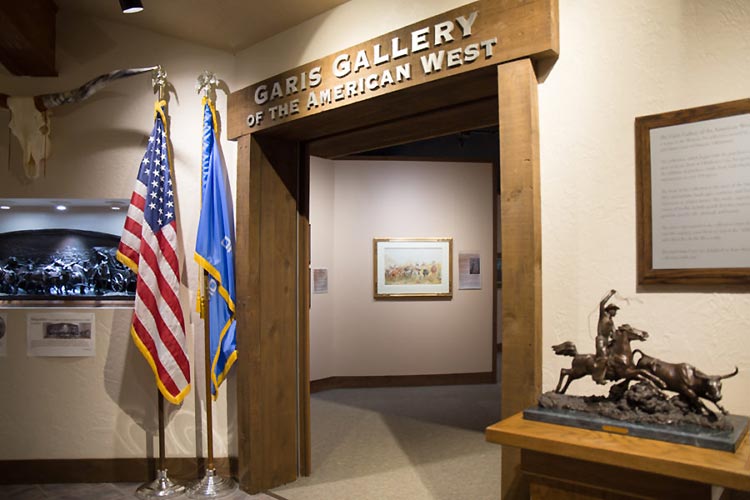 Garis Gallery of the American West

Proudly described as one of the largest collections of western and Native American art in the West, the Garis Gallery of the American West has been delighting and surprising since opening in July 2005. We rotate artwork so that no matter how often you visit, there is always something new to see.

Popular works of acclaimed western artists like Frederic Remington, Charles Russell, George Catlin, Allan Houser, Albert Bierstadt, and others remain on display year-round. The Garis Gallery is home to several original masterworks that you can only see here. Regional and local favorites are always on display so you are sure to find something new. 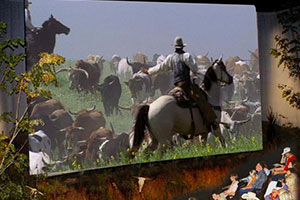 Giddy-Up and Yee Haw! Experience the closest thing to a real stampede you will find anywhere, right from the comfort of your theater chair. From the smells of bacon frying and prairie grass to the final hoof beats, you are sure to enjoy this unique “experience.” 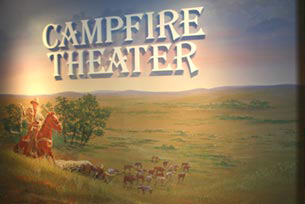 Folks, here’s your chance to sit around a campfire with none other than Jesse Chisholm. Eavesdrop on a campfire conversation in our with a weather-worn Jesse Chisholm – talkin’ trail history and the future with his acquaintance and first-time cowpoke, Tex. 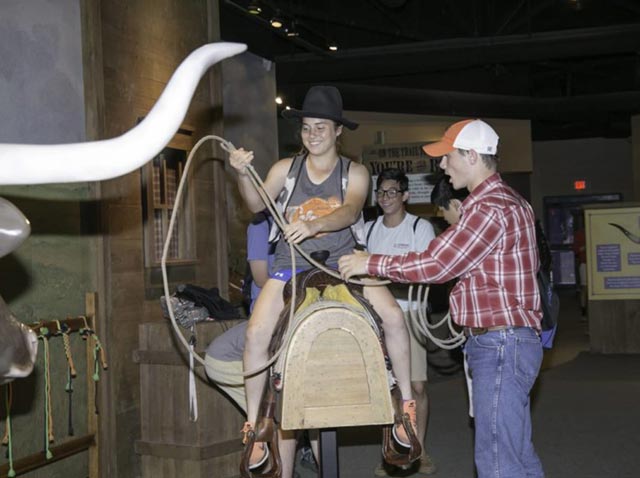 Toss a rope around a Longhorn steer; ride a bucking bronco; create your own brand or even just sit a spell and watch someone else do those things. If you are not careful, you might just learn a thing or two about life on the trail while you do it. Some think our chuckwagon can be rude at times, but that may just be the beans talking. 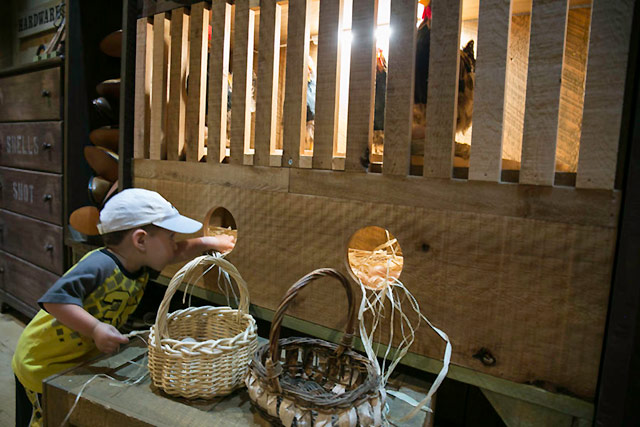 Gather eggs from the chicken coop, but be careful, our shopkeeper has an “eye-on-those-crackers!”

A reproduction of the original structure built by Scotsman William Duncan in 1892, just east of what is present-day Duncan. The actual site can be viewed off current day Chestnut Street.

Life along the Trail

There were more critters along the Chisholm Trail than just the longhorns. Spend some time getting to know some of the big and small animals that cowboys and settlers saw during the time of the great cattle drives. While some animals are still common, like the playful prairie dog, some are not as common.

You will find something surprising in our collection of these animals, set in a natural environment. A touch-and-hear kiosk is available with animal sounds and touchable pelts. As always, be sure to keep your eye out for snakes. 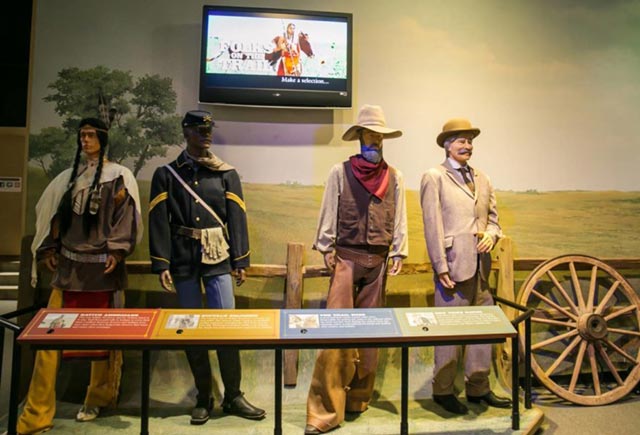 Folks on the Trail

The history of the Chisholm Trail and southern Oklahoma is a tapestry of converging cultures in post Civil War America. Not yet a State in the Union, Oklahoma Territory, and Indian Territory offered unique freedoms not found in other parts of the country. These opportunities led many frontiersmen and women to discover Oklahoma. Native American tribes were relocated to Oklahoma throughout the mid-1800s. At times, completely different cultures that had not lived in proximity were now neighbors. In other circumstances, old rivalries and affiliations reemerged in the new lands.

One of the most heroic Cavalry Regiments, the 10th with its band of Buffalo Soldiers, was stationed at nearby Ft. Sill to build the new fort and enforce the peace. The troops could be seen in the distance running drills or trading with the cattle companies coming up from Texas. Frontier towns sprung up along the trail. While the young men could certainly be rowdy, their money spent pretty ‘dern’ well. The balance between being an emerging family community and a place for the cowboys to drop their gold was a tricky one to manage.